A bit of news today.

First is the good news is that speed camera’s are to return to Walsall Council and I really hope they can be used on the Queslett. – LINK

This road is a continual hazard and only today, even at 5.15am I had to be careful as someone sped down from the Deers Leap and could tell he (always a man) would not brake. Anyone who moans about these, speeds and therefore do not expect sympathy from me.

Second it looks the end of an era as Galaxy Wine appears shut and not been opened for a few days there. An off-licence has been there since I was a kid and looks like it is over there and no real surprise is it? That is now three shops empty and can see it being 4 soon.

Thirdly, the travellers issue. This gets people’s backs up very easy and rightly so. However lets get this right little the police or council can do, even if inductions on the land. They have recently moved off Beacon to Woodend Park but will be back soon.

The main problem though is that they are here because fo two reasons.

1 – Too many people want there black market drives

2- Too many people leave ‘tat’ out

Guess what, do not use them and they will soon bugger off. Also just blocked someone on twitter for calling them ‘Gypsy Scum’ and this is a racist form of abuse. Firstly they are not Gypsy’s. The dictionary defines a Gypsy as

a member of a travelling people traditionally living by itinerant trade and fortune telling. Gypsies speak a language (Romany) that is related to Hindi and are believed to have originated in South Asia.

These people are travellers and usually of Irish decent so would it be OK to call them Irish scum, Black scum, whatever ?

So how to tackle them ?

Easy, save the money spent very quickly, on the vulnerable sites put in these . 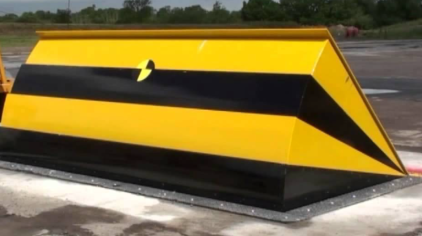 Yes initially cost money that the councils have little of but would soon get back the cash in tidy up costs. This is rather large but you get the idea.

Calling people names gets you nowhere.